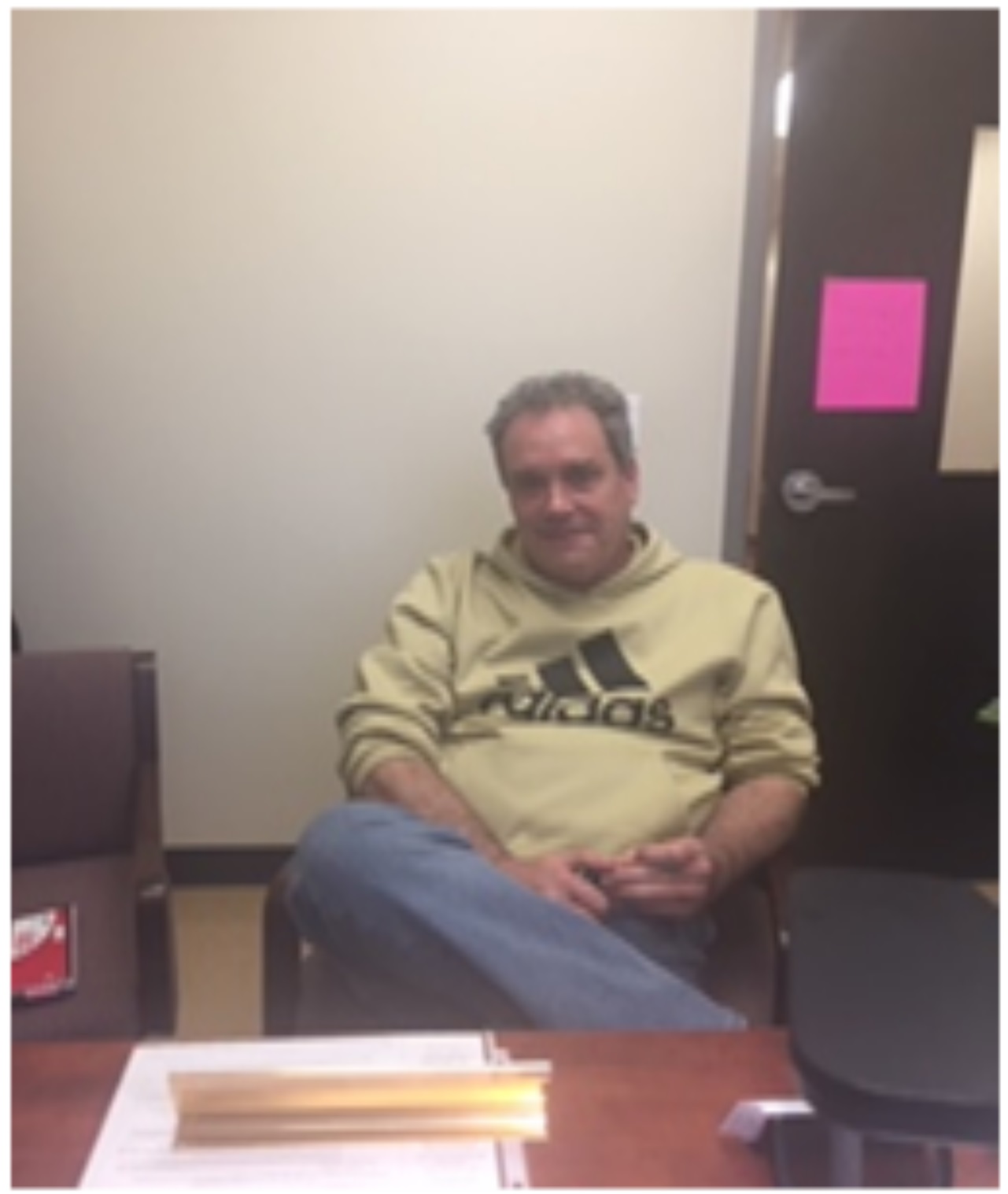 When Mr. M came to ESR, he was dealing with several challenges that were barriers to his ability to maintain housing. Mr. M had bouts of depression, other mental health disorders, and substance abuse that caused him to have a history of hospitalizations.  Mr. M came to ESR from Samaritan Ministries, having experienced chronic homelessness.  Even though he had these challenges, Mr. M told his caseworker at Samaritan at that time that he wanted to feel more productive, and to overcome his substance abuse.  Samaritan Ministries referred him to ESR for our Permanent Supportive Housing Program in 2014.  Mr. M. was already attending AA and NA meetings and was a part of Cornerstone, but needed more stability in his life by having a permanent place to live.  He was assigned to a case manager and was enrolled in ESR’s Housing Program.  Through ESR, he received additional case management along with other wrap around services, where Mr. M. began making progress.

While in our program, Mr. M. initially required a payee to handle all of his financial affairs. However, today Mr. M. is handling his own finances and pays his rent on time each month. Not only does he pay his rent, but he also pays his car insurance and other bills.  Recently, Mr. M. took the initiative to meet with his insurance agent and asked him exactly what he was being charged for on a monthly basis.  When the insurance agent began to describe what was connected to his policy, he realized that he had been paying monthly for some things he didn’t need, so he told his agent to cancel them, resulting in an almost 50% decrease in monthly payments.

Additionally, Mr. M. decided to go back through the 12-step program.  This time, he said that when he did his inventory he answered the questions with more depth.  Mr. M sees a change in himself and is happy with that. Twice a month, Mr. M. attends AA meetings as a peer support to the group attendees.

Mr. M. is currently working with Vocational Rehabilitation and is in the process of getting started with Cape Fear to help him get support and assistance with building his resume. Mr. M. is steadily moving upward and forging ahead.